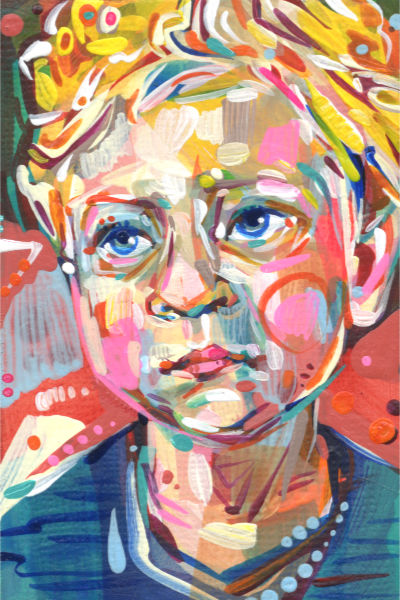 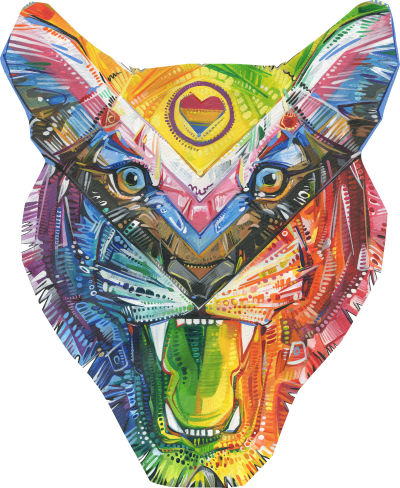 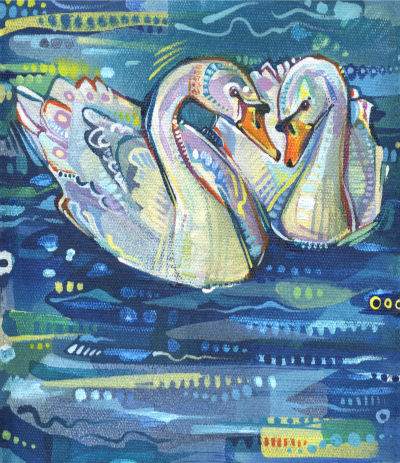 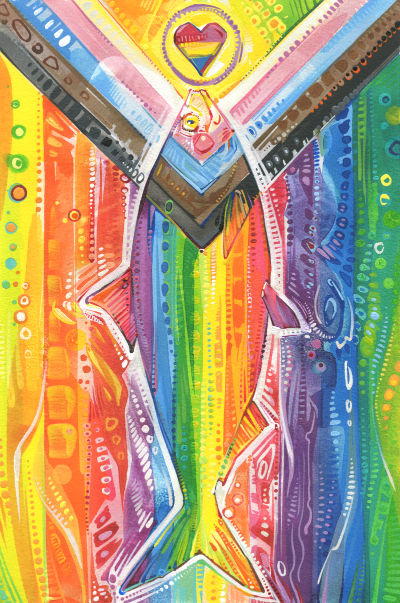 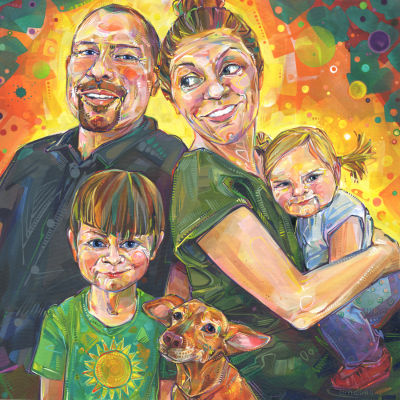 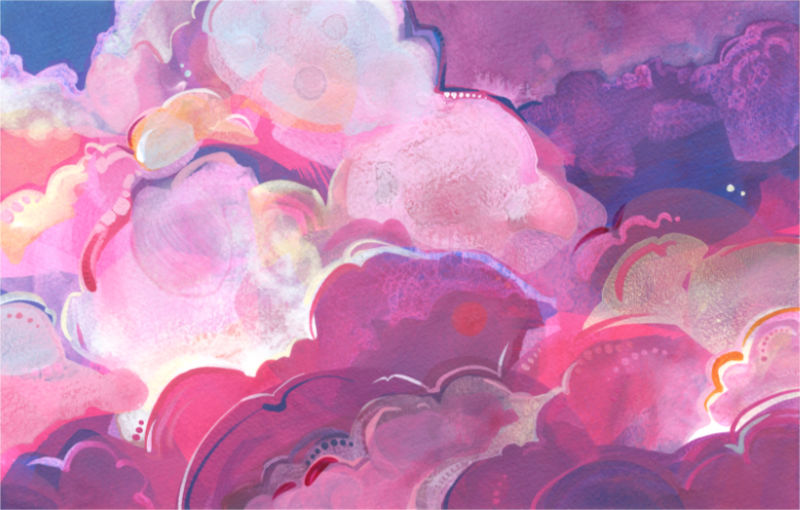 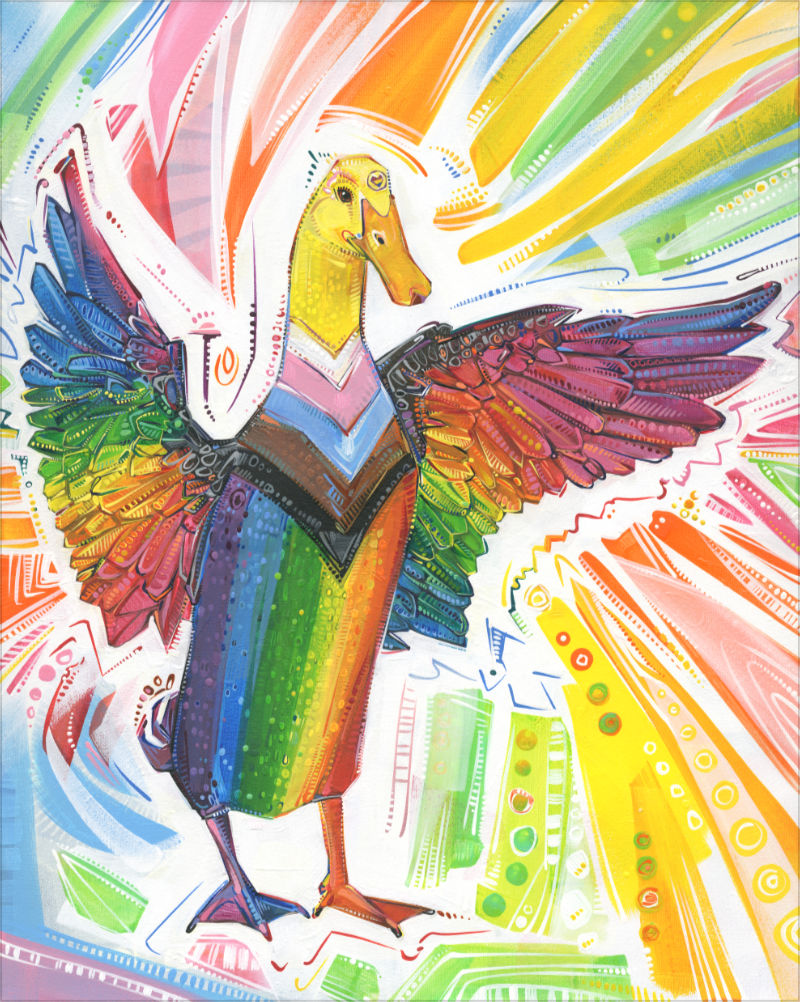 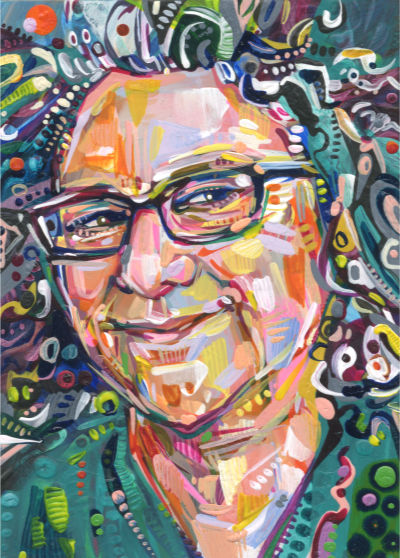 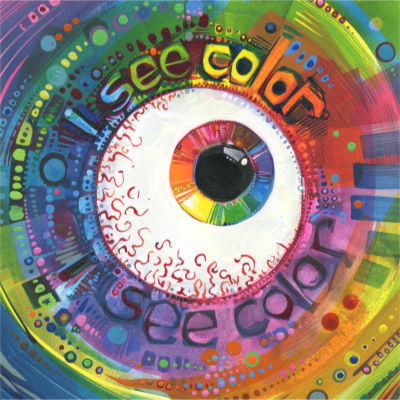 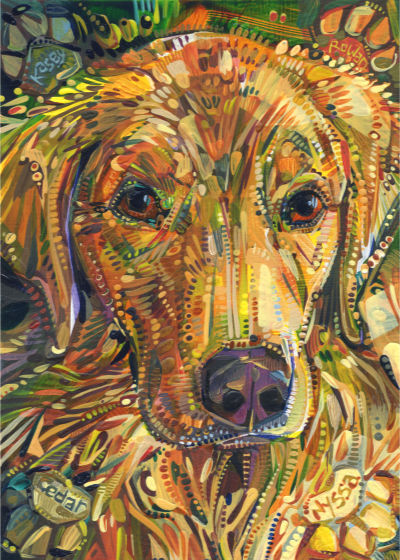 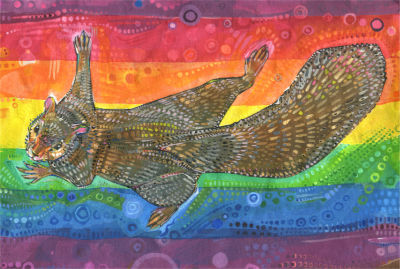 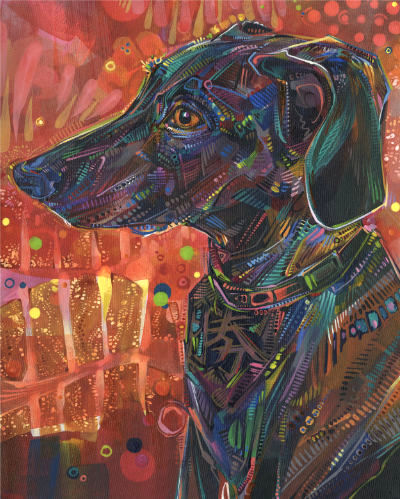 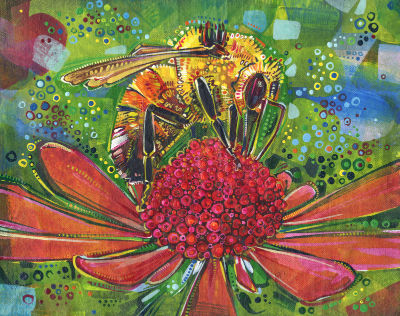 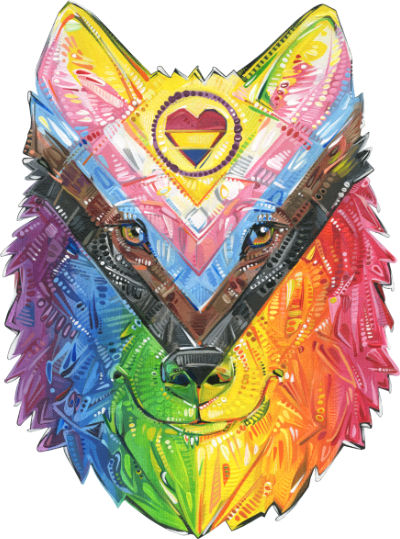 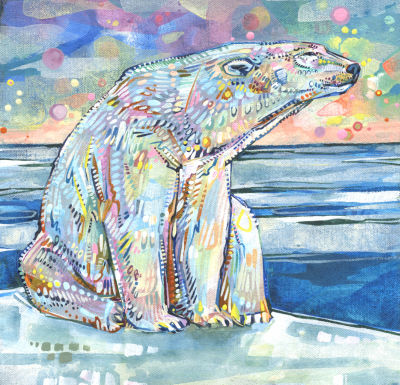 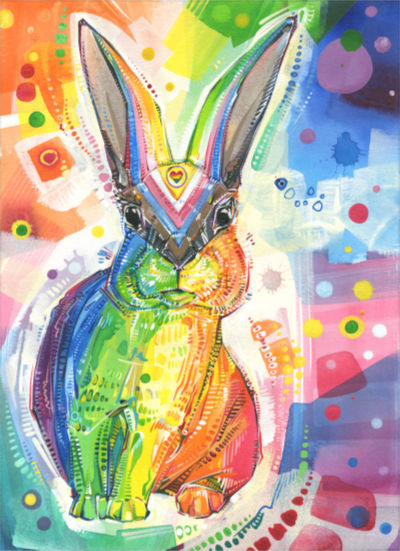 This year, I moved away from the conservative New Jersey shore village where I lived for six years and settled in a small progressive town that’s been a haven for Halloween-lovers and creative types for generations. I love how Lambertville has inspired me!

In March, my art was published in two books. My flaming portrait of Trump from 2017—a painting that represents a turning point in my art practice—became the cover of Larry Jacobs’ book Democracy under Fire, released by Oxford University Press. Eleven of my paintings appear in Erica Smiley and Sarita Gupta’s The Future We Need, published by Cornell University Press.

In April, the Belgian filmmaker Aline Magrez came to Lambertville with her crew to interview me for her upcoming documentary about how the work of biologist Joan Roughgarden has helped many to understand queerness in a new way. Since my book Crime Against Nature is based largely on Dr. Roughgarden’s research, Aline wanted to talk with me about the process of making science more accessible through art. The film will be out sometime next year, but for more about the project go here.

Proud of My Stripes is the name of this tiger-shaped Progress Pride flag, and, though it was originally designed as a simple patch I could sew onto the back of my coat, this painting has sparked so much good! First, it inspired a series of rainbow magic animal incarnations, and then, in August, it connected me with the excellent Austonian company, Pride Socks, which made this image available on a special edition of t-shirts!