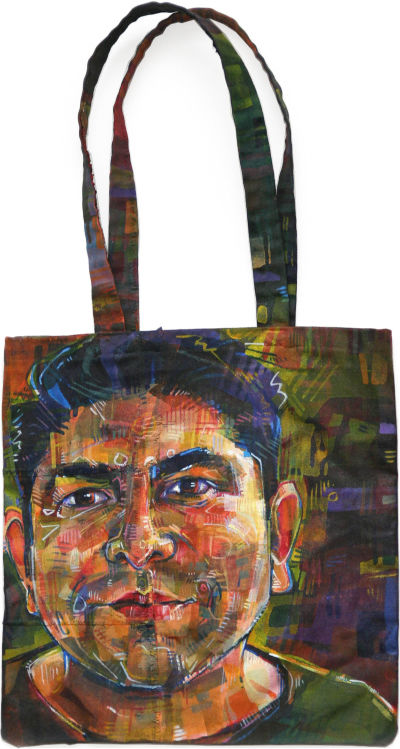 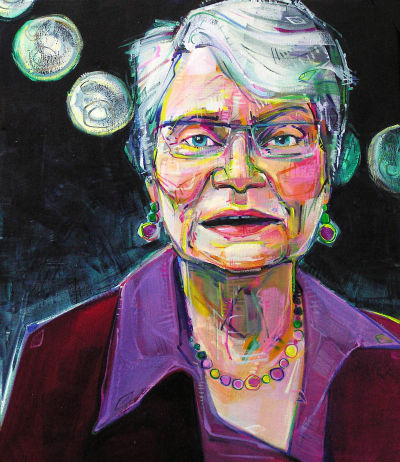 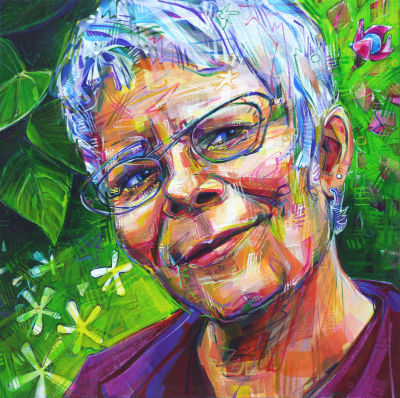 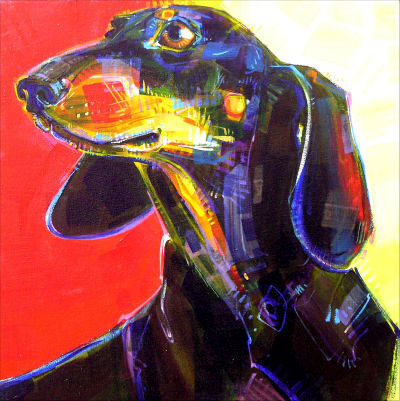 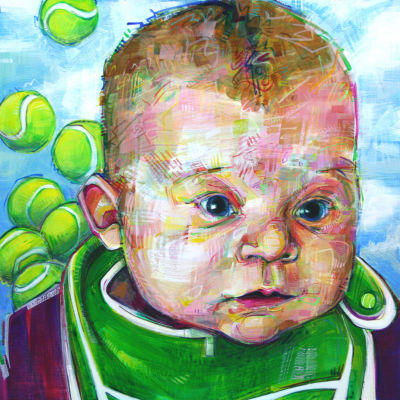 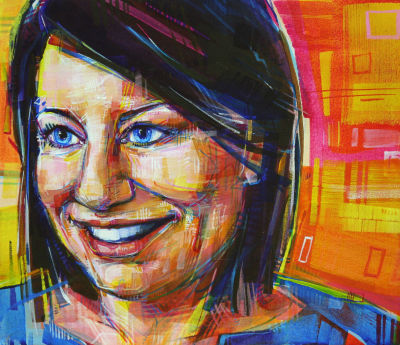 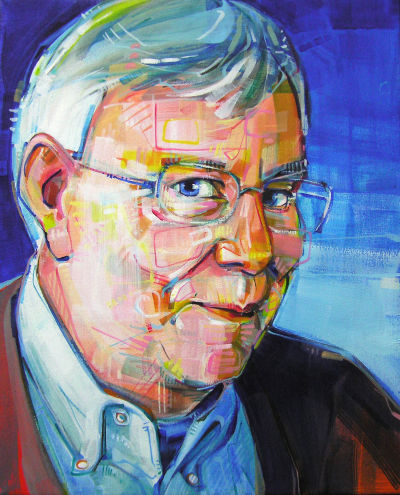 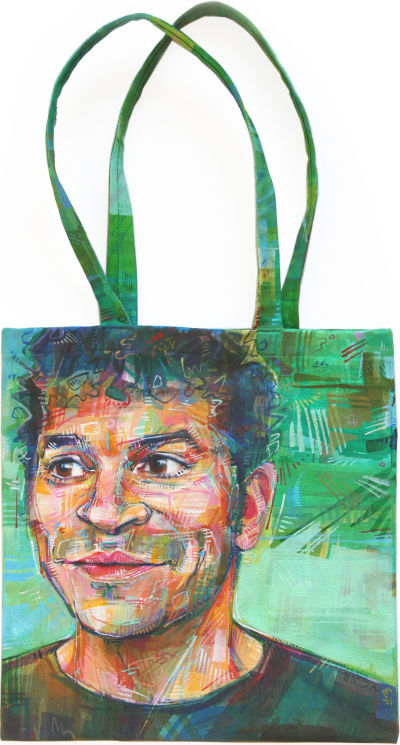 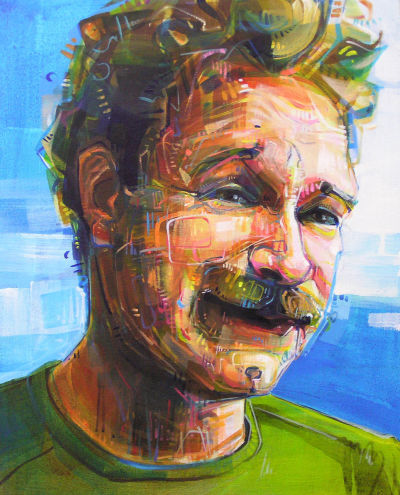 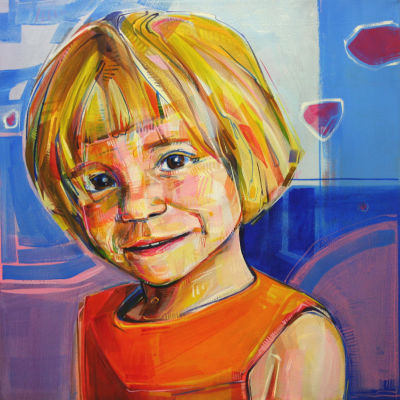 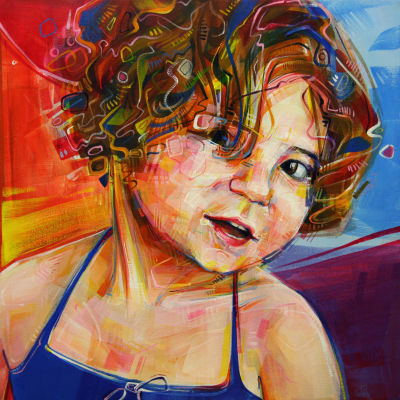 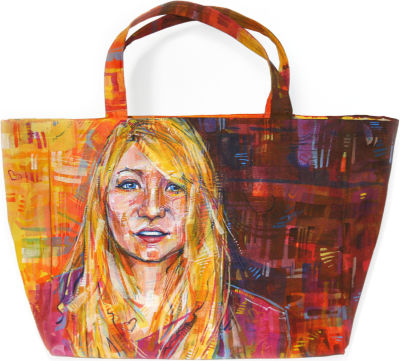 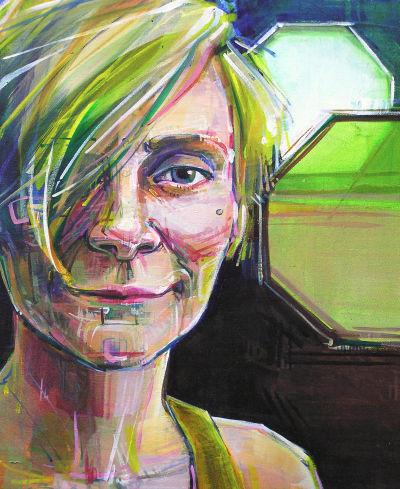 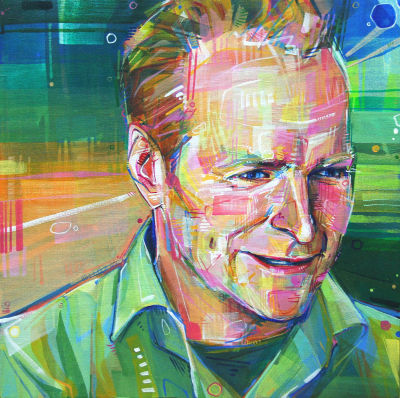 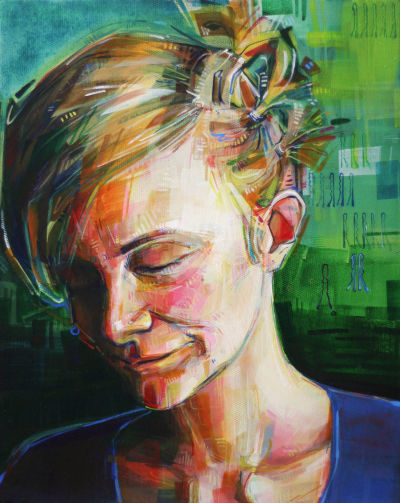 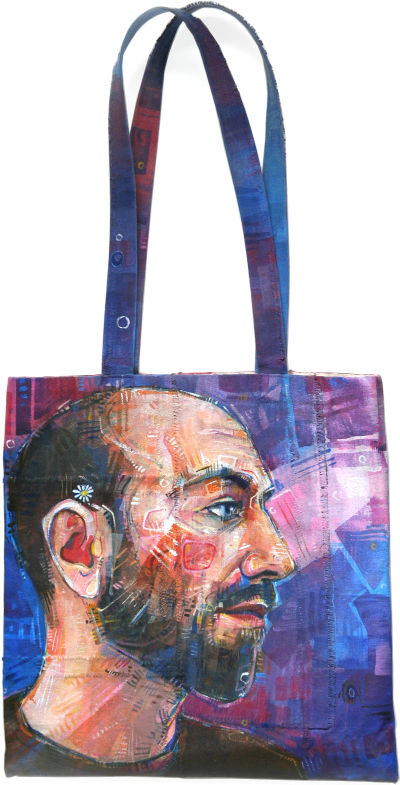 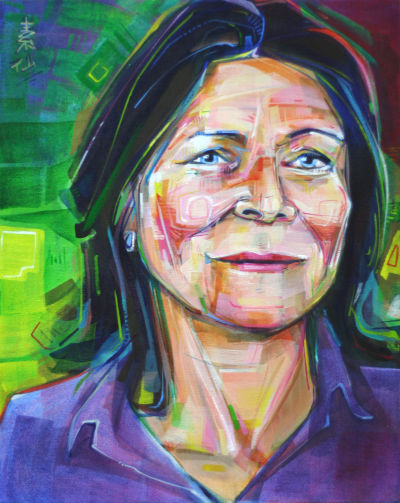 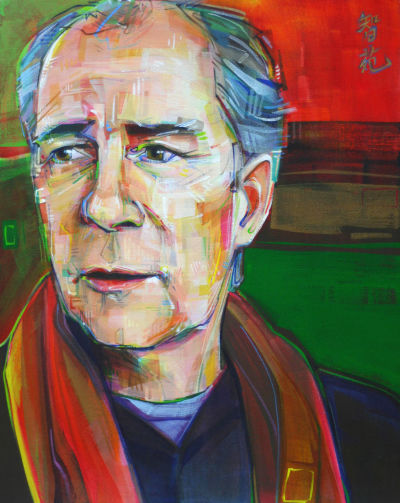 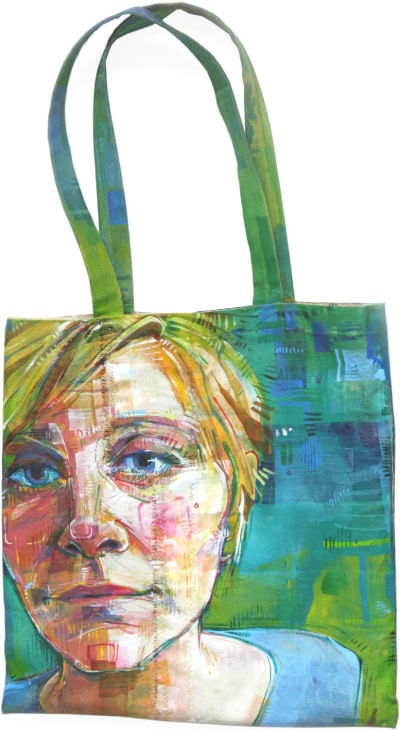 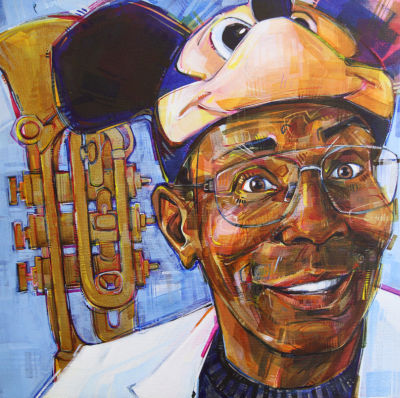 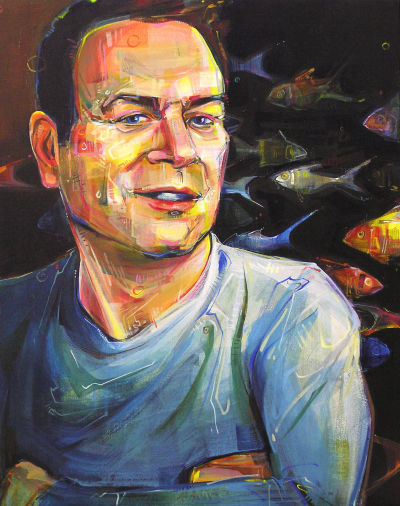 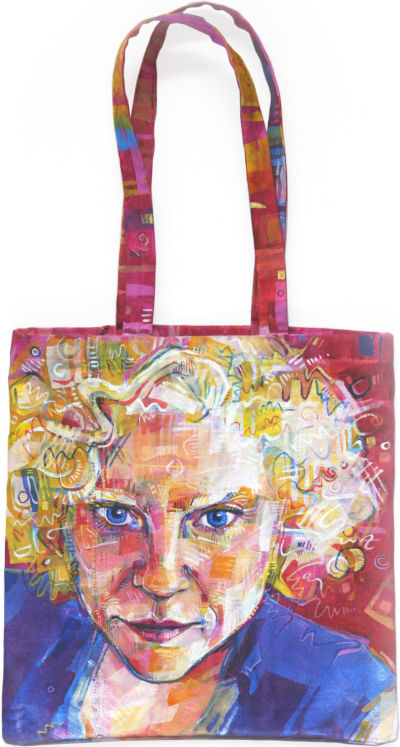 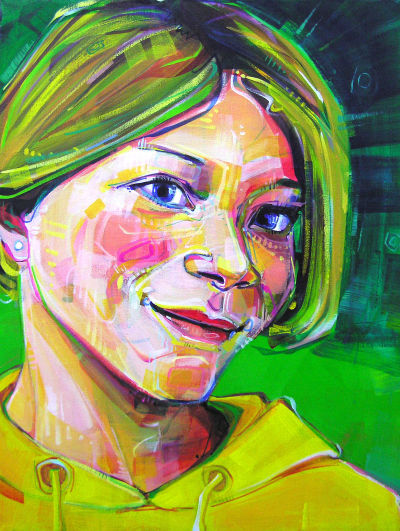 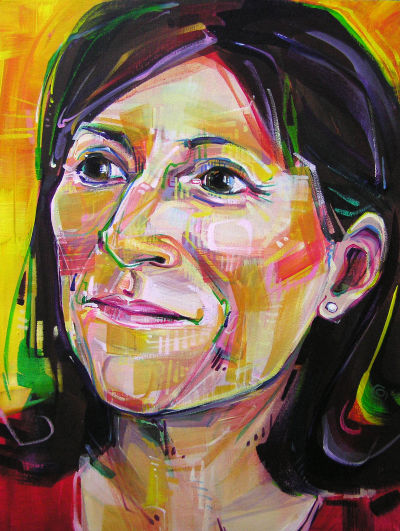 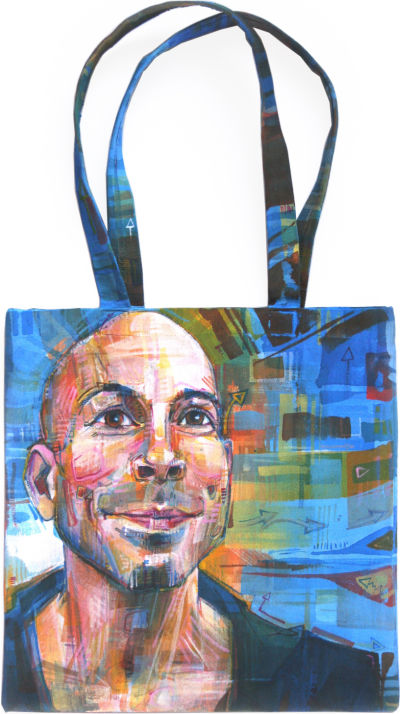 In 2007 my approach to painting developed in several ways. For one thing, I made an important change in my style. I began experimenting with including background images in my portraits in 2006 with pieces like this one, and in 2007 this evolution of my work made a splash with my conceptual series, Swollen.

And the growth continued with the invention of an entirely new way of working: my You Bags! This self-portrait tote is the first of my hand-painted bags.

Still, the most exciting shift came owards the end of the year, when I traded in this large basement studio space for a smaller brighter one. The new space was filled with light, both because it was on the fifth floor of a building and also because it was part of the first home I shared with my partner!