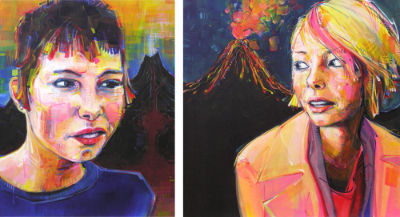 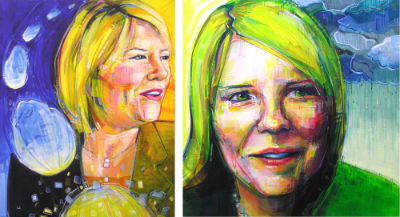 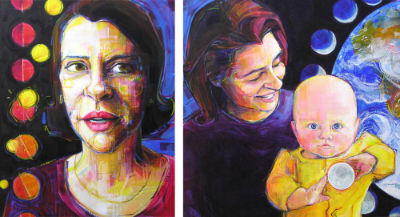 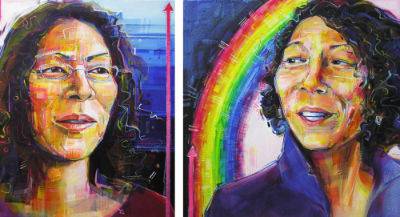 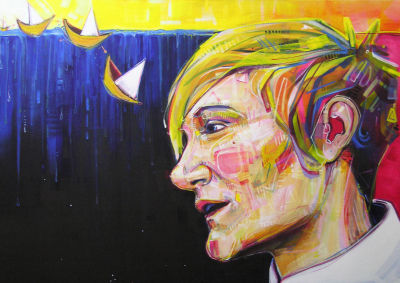 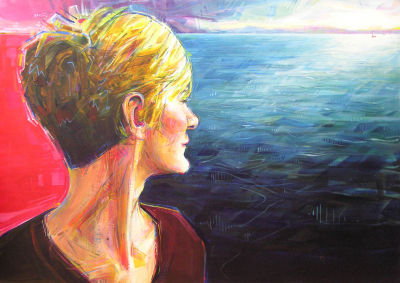 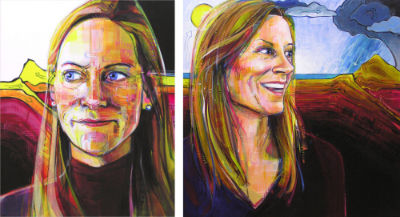 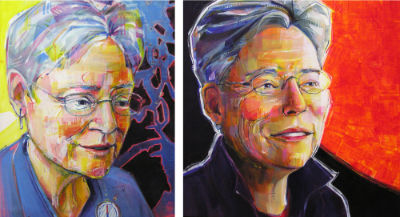 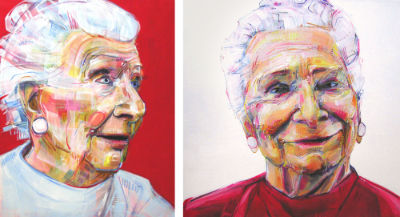 Painted portraiture and the scientific method may be unlikely bedfellows, but it is by combining these approaches that, in the space of a year, I discovered what it means to be a woman.

Conjecturing that womanhood originates in physical changes, I gathered seven test subjects for study. Their transitions ranged from puberty and pregnancy to marriage and menopause, but also embraced modern surgeries like breast enlargement and male-to-female gender confirmation. I painted one “before” portrait of each of the test subjects and, a year later, when their transitions were complete, followed up with an “after” portrait.

Scrupulously observing the scientific method, I also painted “before” and “after” portraits of one subject who would not experience a major physical change during the year’s interval: I painted myself. I became the control subject for my own experiment, and, in one of those delicious moments of unexpected synthesis, learned what scientists have known for years. It all comes down to asking the right question.

“Although her portraits might be of other people, stare at them long enough and you’ll find they have an interesting way of becoming as much about...her own hunger to understand the world.”

“[The subject] is eager to see how Swollen captures her interior and exterior changes. Regardless of what she thinks about the finished product, Seemel hopes for a strong reaction.”

“Seemel is more than a painter of portraits, she is an explorer of life’s greatest questions armed with acrylics on canvas.”

This project was exhibited in July 2007 at the Littman Gallery at Portland State University in Portland, Oregon.