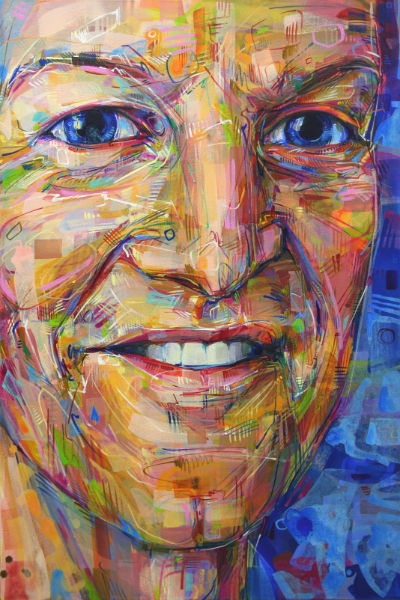 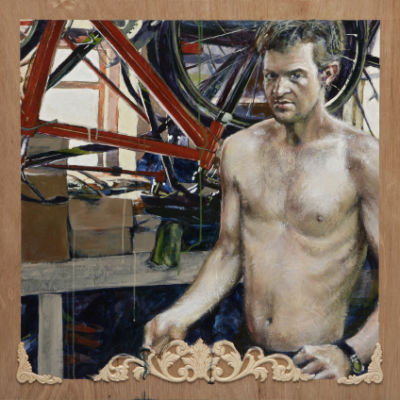 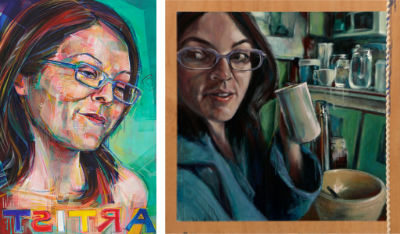 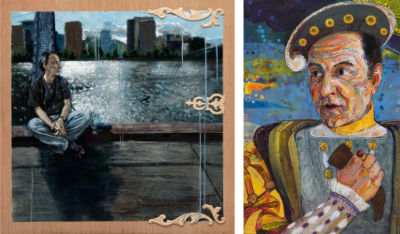 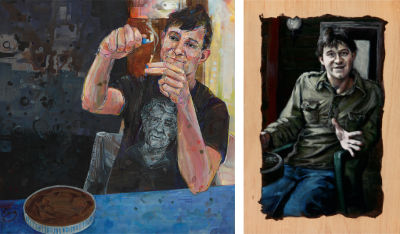 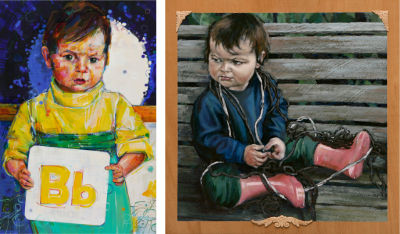 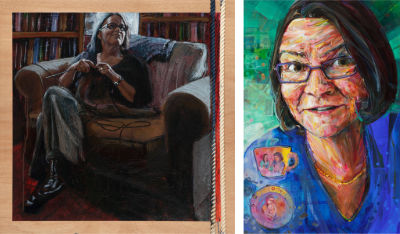 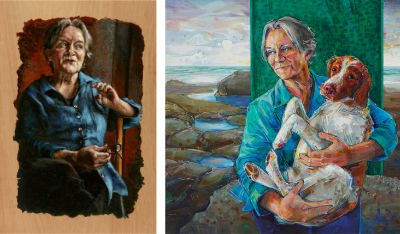 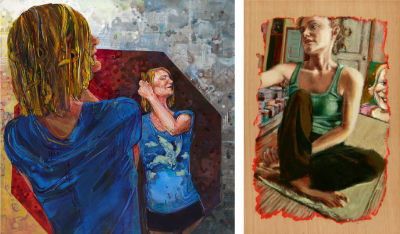 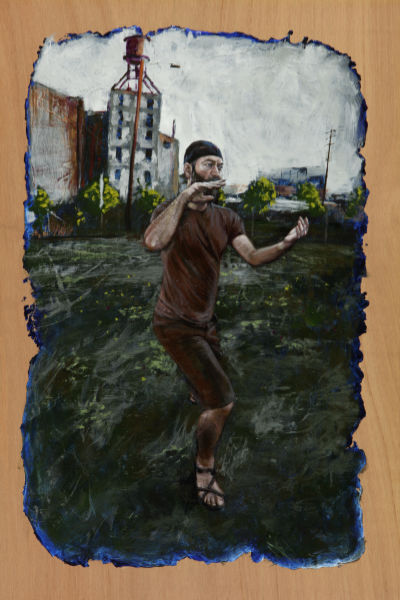 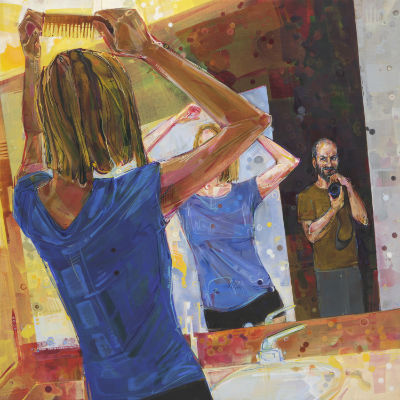 A blind collaboration between Becca Bernstein and myself, this series is a portrait of our two families. For it, Becca and I have painted ourselves and each other, as well as our parents, partners, and other relations. Subjective consists of two views each of ten subjects: twenty paintings of loved ones immortalized once by a stranger and once by their kin. This series reveals that there is much more to portraiture than mere imitation.

Portraits are very good at pretending. They convince you that they are human by inviting you to talk to them as you would their subjects. They call out to be named for the people they purport to represent: a portrait of mom naturally becomes “mom’s portrait” or simply “mom” in conversation. Portraits are deft impersonators, but they are not the person themselves—and not just because they are made of pigment and binding instead of flesh and blood.

“[Bernstein and Seemel share] an ability to see their portrait models as more than just flesh and figure.”

“Their blind collaboration captures the subjectivity involved in portraiture, battling its reputation as a mere act of replication, a lesser form of photography.”

Dr. Richard Brilliant, a member of the American Academy of Arts and Sciences, authored the foreword for the exhibition’s catalog. The price of the book includes shipping within the United States.

This project was made possible by the generous support of the Celebration Foundation. It showed in January 2010 at the North View Gallery in Portland, Oregon, and in March 2010 at the Corvallis Arts Center. In April 2010, it was exhibited at the Pence Gallery in Bend, and a year later it appeared at the Art Festival Museum in Edmonds, Washington.